Andrew worked for several years in local government administration in Armidale. During this time, he was active in the life of St Peter’s Cathedral. He also served as a trooper and later as an officer in the Army Reserve with 12/16 Hunter River Lancers and the 1/15 Royal NSW Lancers.

Andrew was ordained by the Bishop of Grafton and served four years as Assistant Priest at Christ Church Cathedral, Grafton additionally holding at various times the positions of part-time prison chaplain, and chaplain with both the Naval Reserve Cadets and Army Reserve.

In 1993, he joined the Australian Regular Army as a chaplain and was posted for two years to the School of Signals in Melbourne, followed by a further two years in Townsville with 1st Battalion, Royal Australian Regiment. He then served four years at the Royal Military College in Canberra, initially as the Coordinating Chaplain and later as the Senior Instructor Chaplain. In 1999, he served with the Peace Monitoring Group on Operation Bel Isi in Bougainville. His final posting was in 2001 as the Coordinating Chaplain at HQ, 7th Brigade in Brisbane.

In 2002 Andrew became Dean of All Saints’ Cathedral, Bathurst. He also served as Deputy Commissary to the Bishop of Bathurst; was a member of the General Synod, (including the Defence Force Board and the Special Tribunal); and Deputy Chair of the All Saints’ College Council. While in Bathurst he oversaw the completion of the new bell tower for the Cathedral, was President of the Bathurst Ministers’ Association, and Secretary/Treasurer of the Australian Deans’ Conference.

In addition to being Rector, Fr Andrew is a Fellow of St Paul’s College, Sydney University. He is married to Rosemary, who is Archivist at the NSW Parliament, and they have one daughter Kate. The family also owns a farm at Black Springs, (near Oberon), where they run Angus cattle. 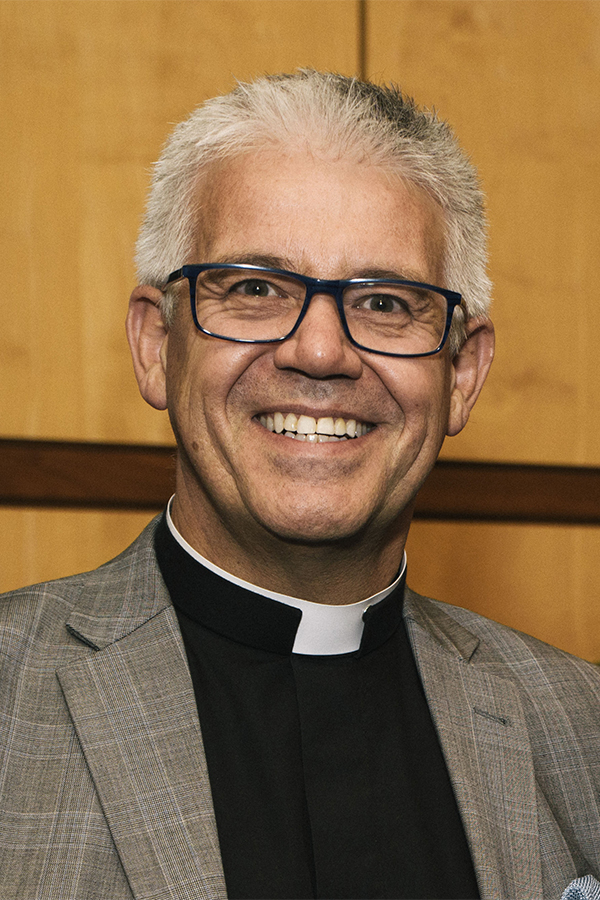 The Reverend John Stewart B.Min (ACD), Associate Rector of St James’, was licensed at Choral Eucharist at 10am on Sunday 14th April, 2002. He previously served in the Diocese of Wangaratta, Victoria.

Father John has a background in retailing, his earlier experience gained within what was then a family operated department store in Wellington, New Zealand. He then worked for David Jones, Sydney, for eleven years, his last eight years as the National Buyer of men’s footwear. He was a parishioner of Christ Church Saint Laurence and served in the sanctuary for a number of years. Having been accepted as an ordinand for the diocese of Wangaratta, Fr John began the formal testing of his vocation by commencing study in 1994 at Saint Barnabas’ Theological College, Adelaide. On completion of his Bachelor of Ministry Degree in 1996, he was made a Deacon, serving his curacy at Holy Trinity Cathedral, Wangaratta.

Ordained to the Priesthood by Bishop Paul Richardson in 1997, Fr John continued to serve at Wangaratta Cathedral as the Assistant Priest, until his appointment as priest-in-charge of the parish of Nagambie in early 1999. From early 2001, Fr John also served as the Rural Dean for the Acheron Valley, until he moved to the diocese of Sydney. 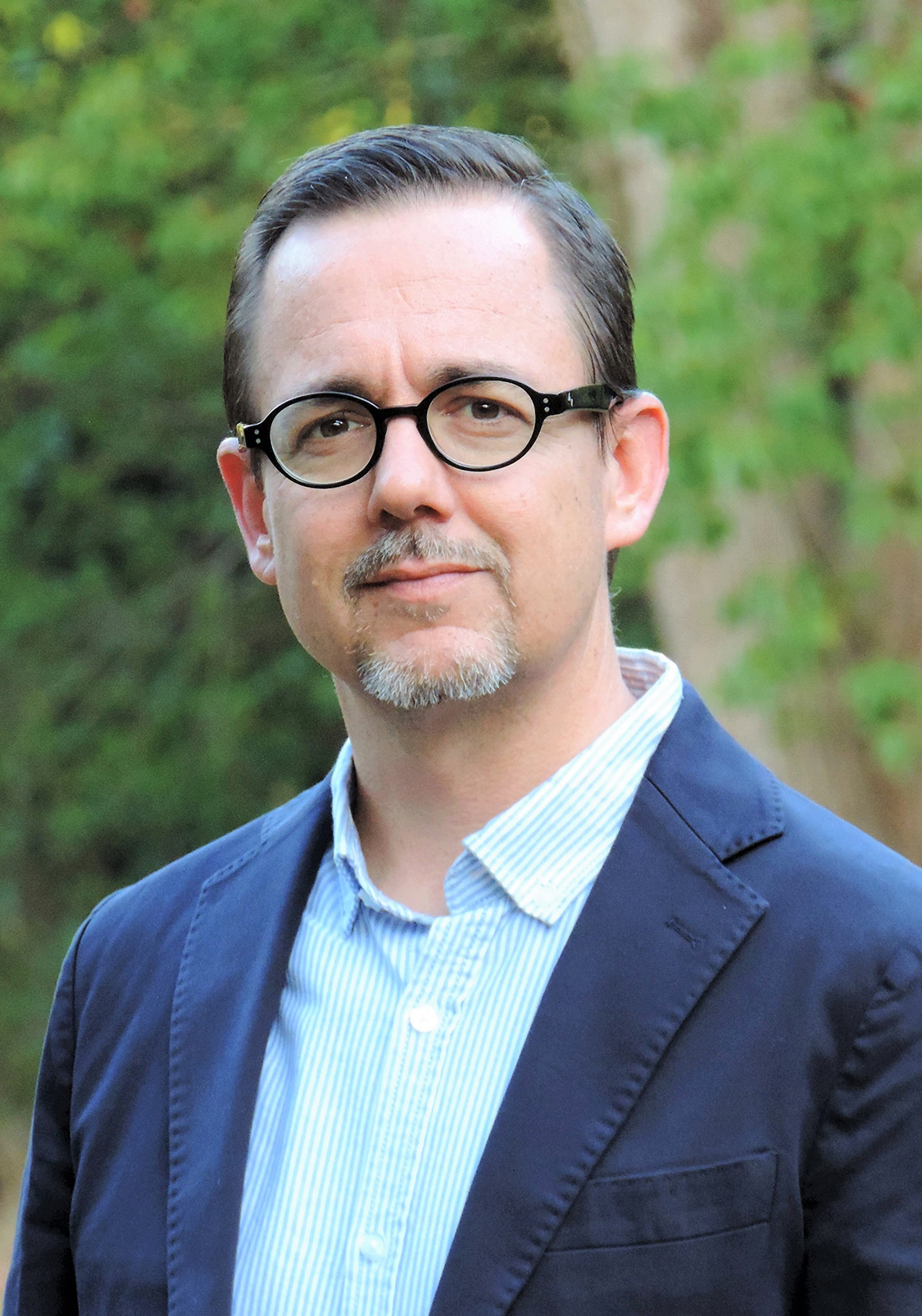 Dr Ghiloni is a teacher and scholar with interests in religious diversity, educational philosophy, and the intersection of religion and culture. He has taught religious studies at the University of Queensland and theology at Australian Catholic University.

Dr Ghiloni is the author of John Dewey among the Theologians (2012) and Islam as Education (2019), and the editor of World Religions and their Missions (2015, 2021). He is on the editorial team of Religious Education.

In previous roles, Dr Ghiloni served as Principal of Trinity College Queensland, Director of the Australia Studies Centre (Council for Christian Colleges and Universities), and Director of the Centre for Practical Spirituality. He has also worked within the Anglican Church in Queensland, the United Methodist Church (USA), and the Uniting Church. 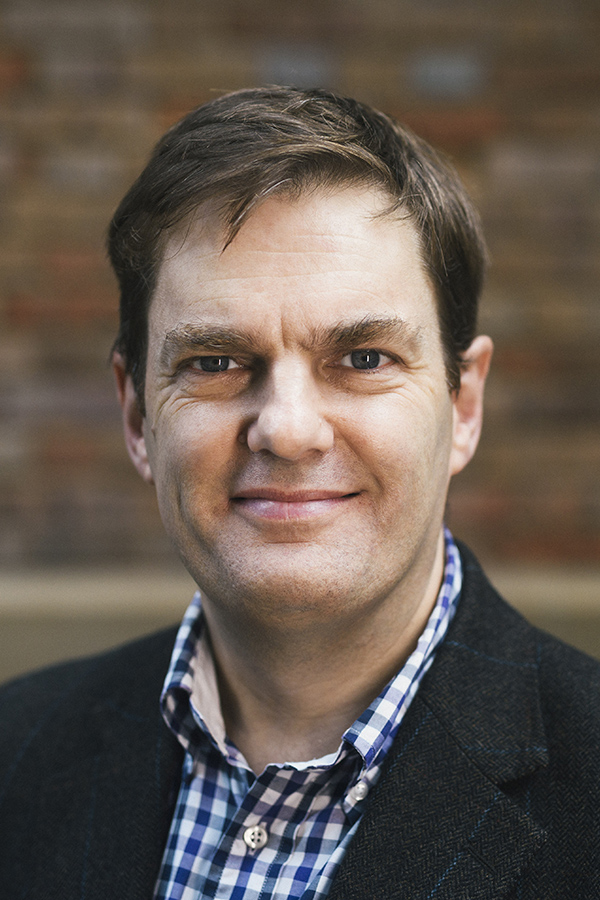 Warren Trevelyan-Jones was appointed Head of Music at St James’ Church, King Street, Sydney in 2008, and is regarded as one of the leading choral conductors and choir trainers in Australia. He began his singing career as a Choral Scholar and Lay Clerk in Exeter Cathedral Choir, graduating in music at the University in 1988. In 1993, he qualified as a music therapist at Bristol University and became a Lay Clerk in Winchester Cathedral Choir, combining freelance singing with work in music therapy.  Warren has had an extensive singing career as a soloist and ensemble singer in Europe, including nine years in the Choir of Westminster Abbey, and regular work with the Gabrieli Consort, Collegium Vocale (Ghent), the Taverner Consort, The Kings Consort, Dunedin Consort, The Sixteen and the Tallis Scholars. He has appeared on over 60 CD recordings, numerous television and radio broadcasts, and in many of the world’s leading music festivals and concert halls.

Warren founded the Gramophone award-winning group Ensemble Plus Ultra with Dr Michael Noone in 2001. In 2008 he founded The Consort of Melbourne with Peter Tregear, and has directed them in a series of concerts at the new Melbourne Recital Centre and for Music Viva Australia.

In September 2017, Warren was appointed Chorus Master of the Melbourne Symphony Orchestra. 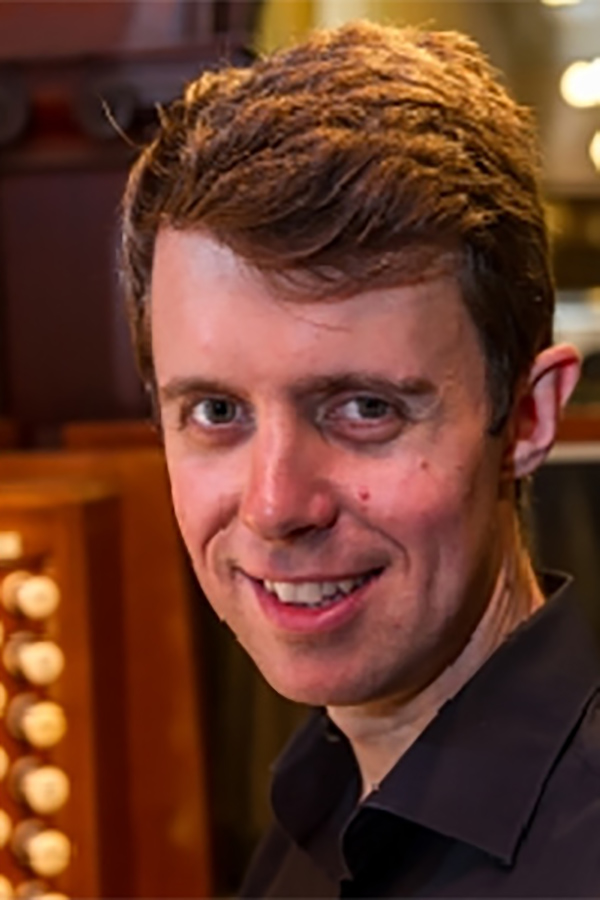 Alistair Nelson is the Organist of St James’ Church, King Street, where he is responsible for all liturgical organ playing, performs regularly in the lunchtime and Subscription Concert series, and directs the St James’ Singers. Alistair has performed with The Choir of St James’ at City Recital Hall, at The Esplanade in Singapore as part of the festival ‘Tapestry of Sacred Music’, and at City Recital Hall with Sydney Chamber Choir and The Metropolitan Orchestra. He has given numerous solo recitals in the USA and Australia.

Alistair holds a Master Music degree from Yale University for which he studied on full scholarship. He studied repertoire with Thomas Murray and Martin Jean and improvisation with Jeffrey Brillhart, and was awarded the Mary Baker Scholarship in Organ Accompaniment. His Yale degree recital was broadcast on ABC Classic FM on the Rising Stars program. Whilst at Yale, Alistair was Organ Scholar and Interim Organist at Christ Church, New Haven, Connecticut. Following this, he spent four years as Associate Organist and Choirmaster at the Cathedral of the Incarnation, Garden City, New York, where he directed the Girls’ Choir and Schola Cantorum, assisted with and accompanied the Choir of Men and Boys, and featured on the CD In praises of the child. He also served on the staff of the Montreal Boys’ Choir course.

Before leaving Sydney, he received his Bachelor of Music from the University of Sydney, graduating with First Class Honours. He also received first prize (the John Brown Award) in the Open Section of the Sydney Organ Competition, and made an ABC Young Performers recording. Alistair grew up in Sydney, beginning his organ studies at Trinity Grammar, and serving as Organ Scholar at St Anne’s, Strathfield, and St Paul’s, Burwood. He later served as Assistant Organist at Christ Church St Laurence, Sydney, featuring on their CD What sweeter music.