Music has been performed at St James’ since the convict era. Today there are many options available to the people of Sydney and visitors from farther afield to experience music in Sydney’s oldest church building including Concerts and Recitals, free Lunchtime Concerts, Cantata Services and Church Services. 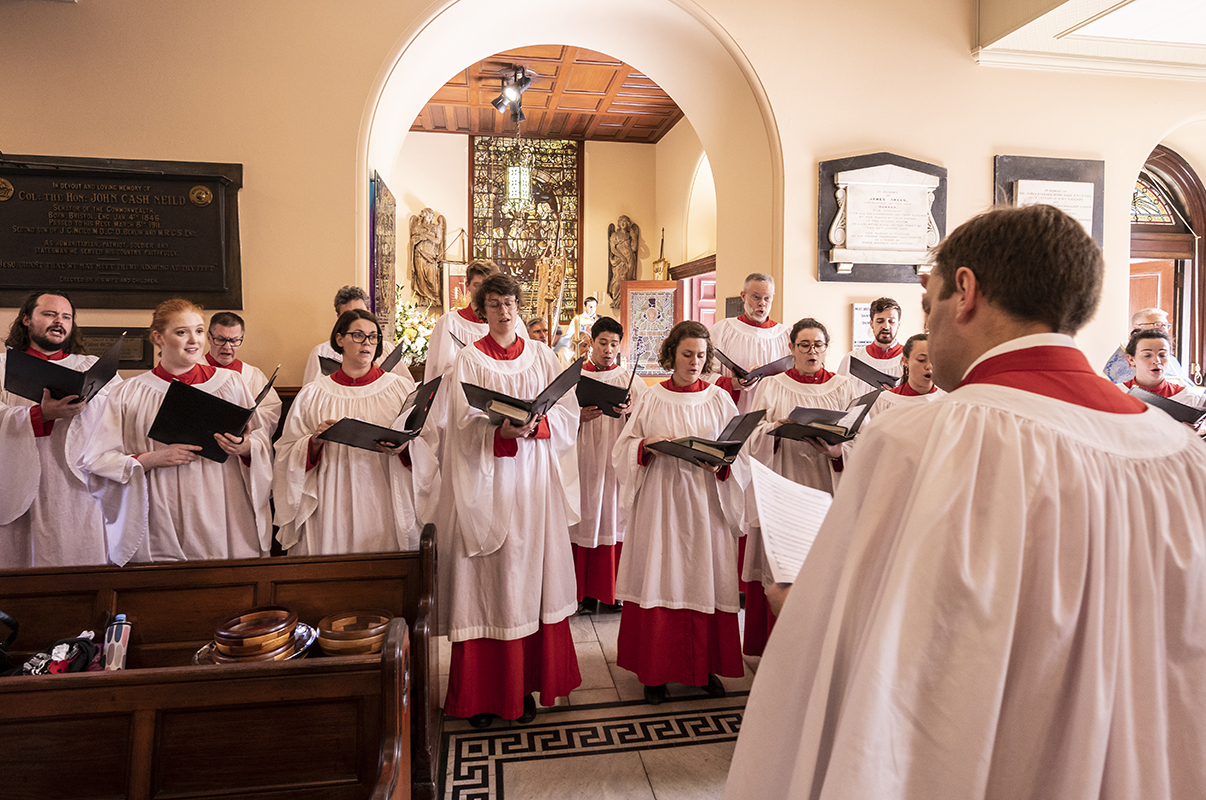 For many years St James’, King Street, has been at the centre of Sydney’s musical life, and never has that been more true than it is now, under the Choir’s inspiring director, Warren Trevelyan-Jones.  Coming from London I was astonished by the vitality and impeccable professionalism of the performances. May this very high standard continue for many years more.”

Peter Phillips, founder and director of The Tallis Scholars

The Choir of St James’

The Choir of St James’, King Street, Sydney is one of the oldest musical establishments in Australia, and is linked to the earliest days of the colony of New South Wales. Indeed, some of its early members were convicts. For much of its almost two hundred years of ministry the Choir has been regarded as one of Australia’s foremost Anglican choirs.

This has continued to the present day where the Choir consists of around a dozen professional adult singers, and who are an eclectic mix of instrumentalists, vocal soloists, teachers, jazz musicians, composers, artistic administrators, musical theatre performers and lawyers. The Choir itself maintains a regular schedule of weekly choral services including Wednesday evensong and Sunday Choral Eucharist, as well as special services (weddings, funerals, state funerals and memorials) and recordings, broadcasts and interstate and overseas tours. It has become known and highly regarded for its artistically outstanding performances, from small choral pieces to large-scale choral and orchestral works and new Australian works. The Choir presents an annual series of three Orchestral Masses in January, a Concert Series of six concerts throughout the year, and a Bach Cantata series with BachBand@St James’, where, four times a year, a Cantata by J.S. Bach is performed in a liturgical setting, modelled on the Lutheran Service of Vespers.

The Choir of St James’ made its debut at City Recital Hall in April 2017, performing J.S. Bach’s St John Passion, returning in 2018 to perform Handel’s Messiah with BachBand@St James’. In both 2017 and 2018, it travelled to Gallipoli to sing at the ANZAC Day Dawn Service, and in 2018 performed to critical acclaim at the Coriole Music Festival in Adelaide, and in Hobart at Festival of Voices . 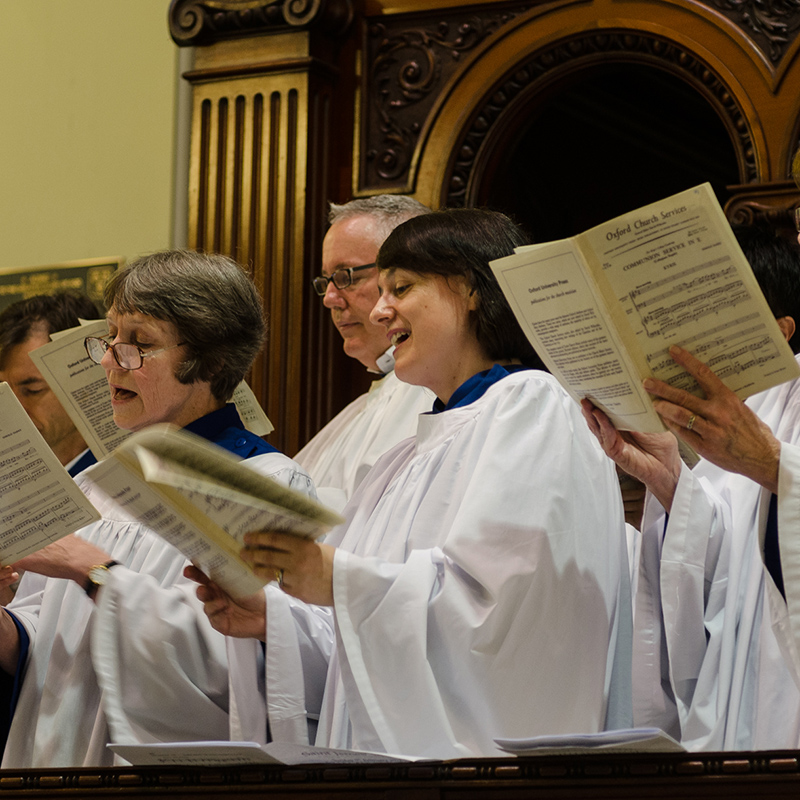 The St James’ Singers are a voluntary choir that lead the singing at the 9:00am Parish Eucharist on a fortnightly basis, singing the psalm and communion motet. The St James’ Singers are the second choir of the parish, formed in 2010 to offer parishioners and others with an interest in choral singing an opportunity to learn liturgical repertoire and gain experience in leading services. The Singers lead the 9:00am service on alternate Sundays.

If you miss singing in a choir, used to sing in a choir, have past experiences in choral singing or are new to choral music and want to learn about choral singing within a liturgical context, this is the perfect opportunity for you! If you would like to audition, please email Alistair Nelson at organist(at)sjks.org.au

BachBand@StJames’ is one of Sydney’s newest Baroque ensembles, whose membership comprises the most sought-after Baroque instrumentalists in the city. It performs regularly with The Choir of St James’ in concerts and services, such as the Cantata Series, where Cantatas by J. S. Bach are performed liturgically in the Lutheran style. 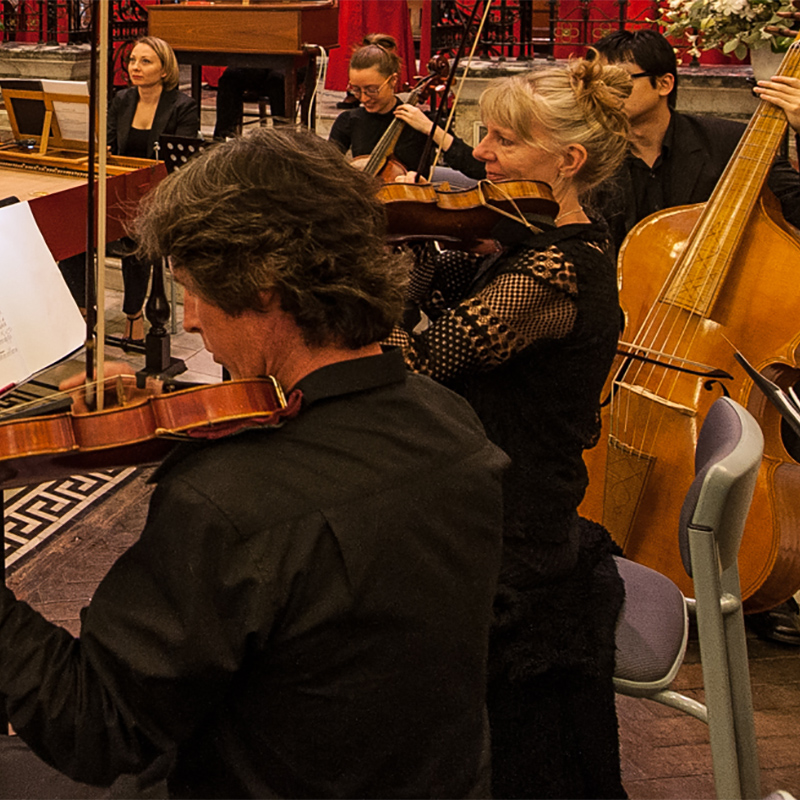 Warren Trevelyan-JonesHead of Music
Warren Trevelyan-Jones was appointed Head of Music at St James’ Church, King Street, Sydney in 2008, and is regarded as one of the leading choral conductors and choir trainers in Australia. He began his singing career as a Choral Scholar and Lay Clerk in Exeter Cathedral Choir, graduating in music at the University in 1988. In 1993, he qualified as a music therapist at Bristol University and became a Lay Clerk in Winchester Cathedral Choir, combining freelance singing with work in music therapy. Warren has had an extensive singing career as a soloist and ensemble singer in Europe, including nine years in the Choir of Westminster Abbey, and regular work with the Gabrieli Consort, Collegium Vocale (Ghent), the Taverner Consort, The Kings Consort, Dunedin Consort, The Sixteen and the Tallis Scholars. He has appeared on over 60 CD recordings, numerous television and radio broadcasts, and in many of the world’s leading music festivals and concert halls.

Warren founded the Gramophone award-winning group Ensemble Plus Ultra with Dr Michael Noone in 2001. In 2008 he founded The Consort of Melbourne with Peter Tregear, and has directed them in a series of concerts at the new Melbourne Recital Centre and for Music Viva Australia.
In September 2017, Warren was appointed Chorus Master of the Melbourne Symphony Orchestra. 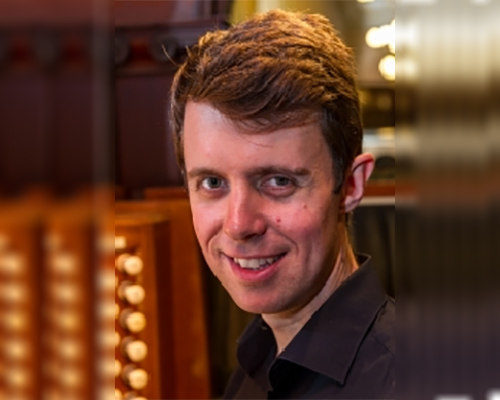 Alistair NelsonOrganist
Alistair Nelson is the Organist of St James’ Church, King Street, where he is responsible for all liturgical organ playing, performs regularly in the lunchtime and Subscription Concert series, and directs The St James’ Singers.
Alistair began his organ studies at Trinity Grammar, was as Organ Scholar at St Anne’s, Strathfield, and St Paul’s, Burwood, and was Assistant Organist at Christ Church St Laurence, Sydney, featuring on their CD What sweeter music.
Alistair received his Bachelor of Music from the University of Sydney, graduating with First Class Honours, and holds a Master Music degree from Yale University—for which he studied on full scholarship—and was awarded the Mary Baker Scholarship in Organ Accompaniment. Whilst at Yale, Alistair was Organ Scholar and Interim Organist at Christ Church, New Haven, Connecticut. Following this, he spent four years as Associate Organist and Choirmaster at the Cathedral of the Incarnation, Garden City, New York, where he directed the Girls’ Choir and Schola Cantorum, assisted with and accompanied the Choir of Men and Boys, and featured on the CD In praises of the child. He also served on the staff of the Montreal Boys’ Choir course. 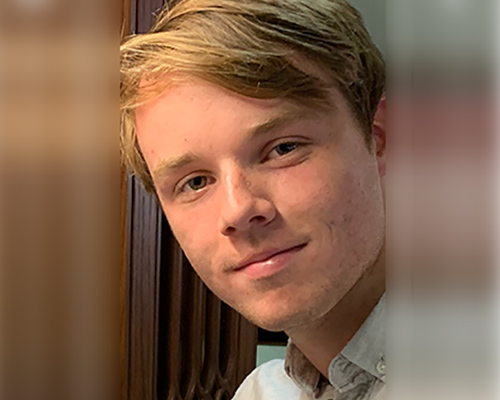 Callum KnoxOrgan Scholar
A pianist since the early age of 5, and an organist from 12, Callum Knox is one of the finest young organists of Sydney. He won a scholarship to the Sydney Conservatorium’s Rising Stars programme in 2019, and studies under Philip Swanton under a full scholarship for tertiary study at the Sydney Conservatorium. He began as Organ Scholar at St James’ at the beginning of 2020, and has also formerly occupied the position of Junior Organ Scholar at St Andrew’s Cathedral.
Callum graduated from St Andrew’s Cathedral School in 2019, where he earned full marks for his performances in organ for HSC Music Extension, as well as a nomination for Encore, the HSC’s concert showcasing the top performers in NSW. He also achieved first prize in the intermediate section of the 2020 Sydney Organ Competition, and completed his Licentiate in organ with High Distinction.
Callum has also performed highly regarded organs around Australia and beyond, such as in the Sydney Town Hall on multiple occasions, as well as St Paul’s Cathedral Melbourne, St Paul’s Cathedral London, St George’s Chapel Windsor Castle, and St Eustache in Paris. Callum is also a trained vocalist, as well as an avid long-distance runner and surfer, and hopes that the organ will continue to be vital for worship and entertainment long into the future.